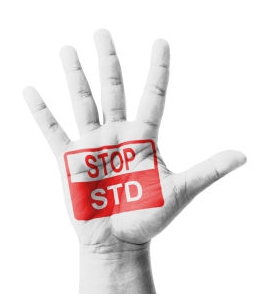 According to recent reports published by the Centers for Disease Control and Prevention (CDC), sexually transmitted diseases (STDs) – gonorrhea, syphilis, and chlamydia have been on the rise. This is especially true in many large cities, according to a recent report on PEW Trusts.

The same report alleges that about 1.4 million people have been diagnosed with Chlamydia translating to a rate of 456.1 cases in every 100,000 persons. When compared to 2013, it shows that these cases have risen by 2.8%.

Cases of primary and secondary syphilis have continued to increase among men who make love to their fellow men (MSM) since the year 2000. In 2014, cases of secondary syphilis among MSM accounted for about 83% of the affected men who engaged in sexual activities with known partners.

The most disturbing thing is that more than half of MSM (51%) affected with syphilis were also diagnosed with HIV. Medical experts claim that sores brought about by syphilis make one more vulnerable to HIV and other sexually transmitted diseases.

So far, Syphilis is the only sexually transmitted disease with reports on the same sex of the sex partner. However, reports have shown that men who engage in sex with other men are also experiencing increased cases of Chlamydia and gonorrhea than ever before. This has made it important for experts to do more research to find out the reason behind this.

Bi-sexually oriented and gay men face social, epidemiologic, and personal risk factors that tend to fuel up cases of transmitted diseases among them. In addition, the challenges they face when it comes to receiving medical services, such as stigma, homophobia, and lack of high-quality healthcare services within the country, make them more vulnerable as far as their lifestyle is concerned.

Professionals recommend that MSM should go for screening at least one time per year for gonorrhea, chlamydia, and syphilis among other sexually transmitted complications, so that they can live a healthy life. To identify as well as address the cases of sexually transmitted diseases among MSM, CDC has put in a lot of effort in research that will help them to determine their problems so that they can find long last solutions. In conclusion, the increased number of people affected with sexually transmitted diseases has prompted the need for further research. Cases of STDs are more prevalent among youths than adults. Out of this population, women account for the highest percentage. In addition, gay and bisexually oriented men face higher risks of gonorrhea, syphilis, and Chlamydia, among other diseases. CDC has been researching day and night to come up with a long-lasting solution that will help to control this trend.