In alternative medicine, there are many natural remedies to help treat Seasonal Affective Disorder (or SAD). SAD is a depressive disorder that is triggered by the change in the season, most commonly the change to fall and winter.

All forms of depression limit a person’s ability to live their life to the fullest extent. People with this disorder tend to experience any number of symptoms such as fatigues, anxiety, irritability, changes in eating patterns, and a lack of interest in activities they once enjoyed.

Get as much natural light as possible by spending time outside or even by sitting in a sunny room when the sun is at its strongest.  Often in the winter, it is difficult to get outside on those cold and cloudy days. An effective natural cure for SAD can be light therapy.

This treatment generally involves sitting in front of a light-generating device called a lightbox for at least half an hour each day. Lightboxes mimic natural sunlight. They are brighter than regular light bulbs and produce several different wavelengths of light.

This type of natural remedy stimulates the body’s circadian rhythm and suppresses its natural release of melatonin, a hormone that regulates the body’s biological processes. Read more at http://www.webmd.com/depression/guide/seasonal-affective-disorder

There have been multiple studies performed that indicate dietary supplements are effective in staving off Seasonal Affective Disorder. A medical test performed in 2008 has found that a Vitamin D deficiency may be related to the onset of SAD. A different study found that an issue with the body’s melatonin production may trigger this disorder. An additional medical study found that omega-3 fatty acids may have a positive effect on those with SAD. It’s always best to talk to a doctor before beginning to take any supplements.

Click to read more info about diet and supplements.

Another method to alleviate your symptoms is to watch your diet. What they say is true, if you eat better, you’ll feel better. A recent medical study has found that a tryptophan-rich diet may be the best diet plan for those with SAD. A common symptom is carbohydrate cravings, which are thought to be caused by decreased levels of serotonin in the brain. Tryptophan is the precursor of serotonin, so taking in more of the amino acid may increase serotonin production and help you feel better. Some tryptophan-rich foods include turkey, egg whites, bouillon, some cereals, milk, and certain fruits.

As with all forms of depression, exercise has proven to be an effective method to alleviate some of the pain. Try to head outside in the early morning hours for a jog or a bike ride. Or if you prefer to workout indoors, make sure to do so by a sunny window. Yoga and meditation have also been proven to help the symptoms of Seasonal Affective Disorder. Exercise relieves stress and helps people to relax, which often offsets the effects of depression. 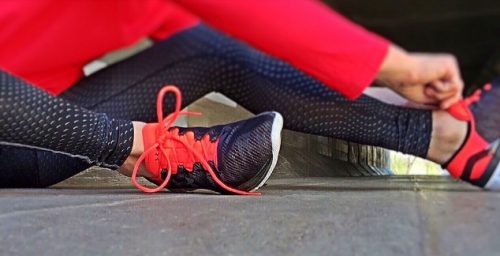